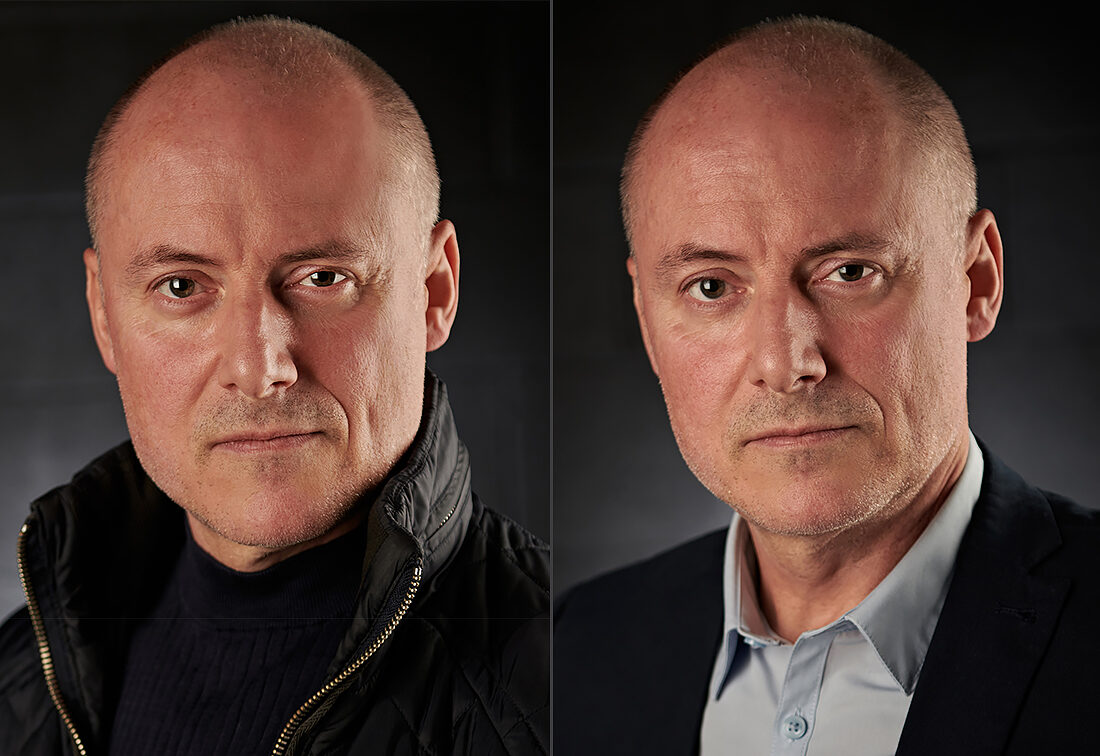 We recently photographed a new set of Actors Headshots for Birmingham based Actor Rob Harrison. His last headshots where taken in London around 5 years ago and they needed an urgent update.

Rob has appeared on TV in Doctors, East Enders, The Bill, Coronation Street and Casualty. He as also appeared on stage in various productions.

Because Rob had brought a few different clothes with him, we decided to take the first shots in the studio where changing facilities where available.

The second set of photographs where taken 5 minutes away on the towpath of our local canal.